An excerpt from this letter can be listened to here.

Sonyishka, my little bird, I was so happy to read your letter, I wanted to answer it right away, but I had a lot to do just then and I had to concentrate very hard, so I couldn’t allow myself the luxury. And then I thought I would rather wait for a good opportunity, because it is so much nicer when we can chat in private, without constraint. … 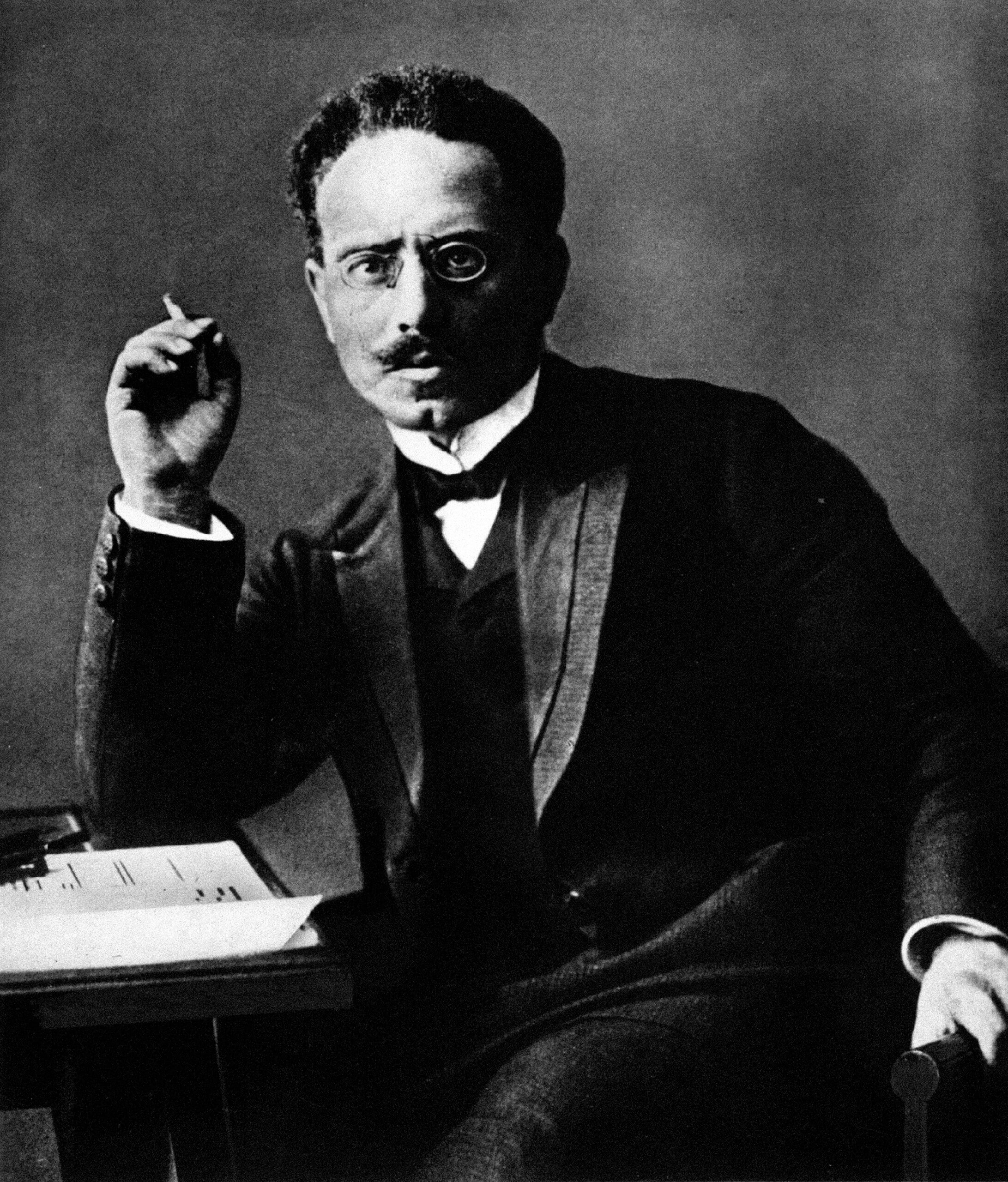 # | Karl Liebknecht has been stuck in Luckau for a year now.[1]  I have often thought  about that during this month. And exactly one  year ago you were with me at Wronke, and you gave me a beautiful Christmas tree as a gift. … This year I have had one  purchased  for me here, but they brought me a completely shabby one with  scraggly, skinny branches—there is no comparison with last year’s. I bought eight little lights, but I don’t know how I’m going to put  them on it. This is my third Christmas in the clink, but you should  certainly not take that tragically. I am as calm and cheerful as ever.

Yesterday I lay awake for a long time—these days I can never fall asleep before one o’clock, but I have to go to bed at ten, and then I daydream about things in the dark. So last night I was thinking how strange it is that I live in a constant state of exhilaration—without any particular reason. For example, here I am lying in a dark cell on a stone-hard mattress, surrounded by the usual graveyard silence of this prison building—we seem to be in a tomb—and on the ceiling the reflection cast through the window by the lamp that burns all night. From time to time one hears the muffled sound of the distant clatter of a train passing by or, near at hand, under the windows, the sound of a guard clearing their throat and taking a few slow steps in their heavy boots to stretch their stiff legs. The sound of the sand crunching under their footsteps is so desolate that the whole tedium and hopelessness of existence rings out into the damp, dark night. I lie here quietly, alone, wrapped in all these black sheets of darkness, boredom, incarceration and winter—and yet my heart beats with an incomprehensible, unfamiliar inner joy, as though I were walking across a flowering meadow in brilliant sunshine. And in the dark I smile at life, as if I knew a magical secret that shows all evil and sad things to be untrue and changes them into pure lightness and happiness. And all the while I’m searching for some reason for this joy, but I find nothing, and have to laugh at myself again. I believe that the secret is nothing less than life itself; the deep darkness of night is beautiful and as soft as velvet, if one knows how to look; and the crunching of the damp sand beneath the slow, heavy steps of the guards sings a beautiful little song of life—if one only knows how to listen properly. At such moments I think of you and I would like so much to pass on this magic key to you, so that always and in all situations you are aware of the beauty and joy of life, so that you too live in exhilaration as though you were walking across a colourful meadow. I am certainly not thinking of plying you with asceticism or imaginary pleasures. I do not begrudge you any of the real joys of the senses. But in addition, I would like to give you my inexhaustible inner cheerfulness, so that I can rest easy about you, knowing that you walk through life wearing a cloak embroidered with stars that protects you against all small, trivial and frightening things.

You write that in Steglitz Park you picked a beautiful bouquet of black and pinkish-purple berries. The black ones could have been either elderberries—they hang in heavy, dense clusters among large feather-shaped leaf fronds, surely you know them —or more likely they were privet berries: slender, delicate, upright clusters of berries and small, elongated, narrow green leaves. The pinkish-purple berries hidden under little leaves could have been those of the cotoneaster. They are in fact red, but this late in the year, they are a bit overripe and starting to rot, so they appear reddish-purple. The leaves are similar to those of the myrtle: small, with pointed tips, dark green, leathery on top and rough underneath.

Sonyushka, do you know Platen’s Fatal Fork? Can you send it or bring it to me? Karl once mentioned that he had read it at home. The poems by [Stefan] George are lovely; now I know where that line comes from that you used to recite when we were walking in the fields: »Und unterm Rauschen rötlichen Getreides«[2] [»And underfoot the rustling of rusty stalks of grain«]. When you get a chance, can you make a copy of ›The New Amadis‹[3]for me? I love that poem so much—naturally thanks to the song by Hugo Wolf—but I don’t have it here. Are you continuing to read The Lessing Legend?[4] I’ve taken up Lange’s History of Materialism again. It always stimulates and refreshes me. I would very much like you to read it someday.

Oh, Sonyishka, I have experienced 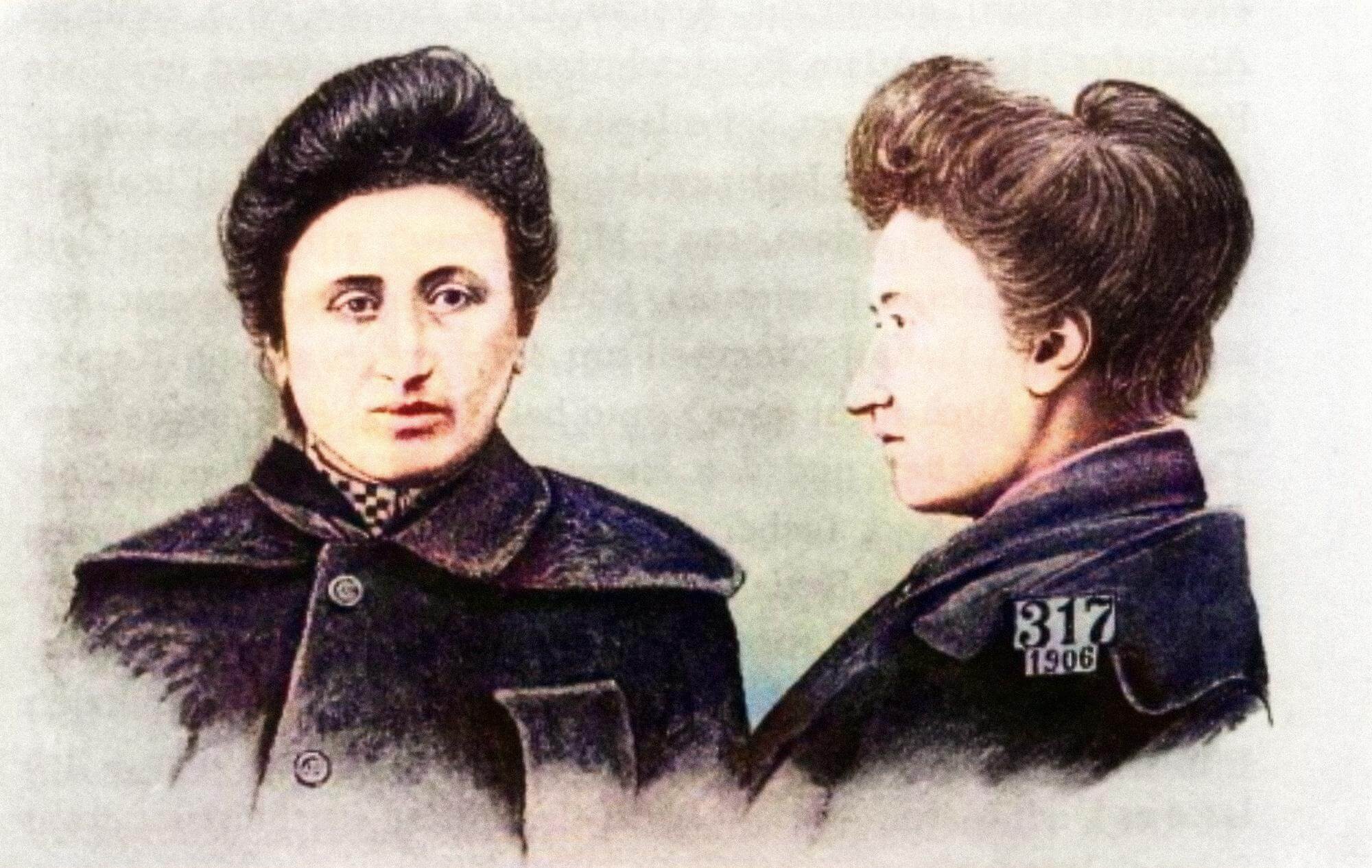 #|From Warsaw prison, 1906 something incredibly painful here. Military wagons often come into the courtyard where I take my walks. They are filled with sacks or old army coats and shirts, often with bloodstains on them … Here they are unloaded, distributed to the prison cells, mended and then loaded up again and returned to the military.

Recently, one of these wagons arrived pulled by water buffaloes 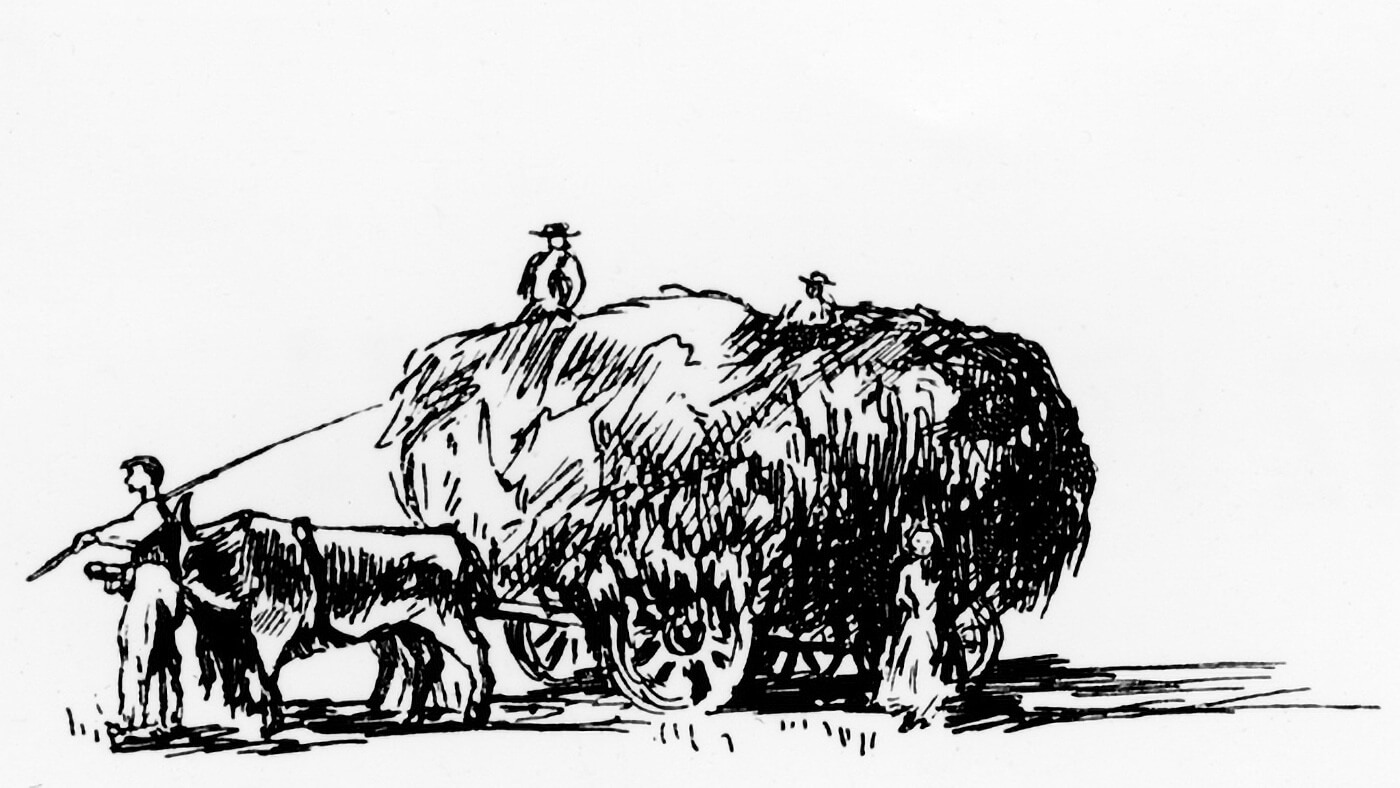 #|Drawing of Rosa Luxemburg in a letter to Lulu instead of horses. It was the first time I had seen these animals up close. They have a more powerful, broader build than our cattle, with flat heads and horns that curve at a flat angle, the shape of the head being similar to that of our sheep. They are completely black, with large, soft eyes. They come from Romania, the spoils of war. … The soldiers who drive these wagons say that it was very difficult to catch these wild animals and even more difficult to put them to work as draft animals, because they were accustomed to their freedom. They had to be beaten terribly before they grasped the concept of vae victis[5] ... There are said to be as many as a hundred of these animals in Breslau alone. What’s more, these creatures, who were used to the lush meadows of Romania, are given meagre, wretched food. They are ruthlessly exploited, forced to haul every kind of load, and they quickly perish in the process. —

And so, a few days ago, a wagon full of sacks arrived at the gateway to the courtyard. The load was piled so high that the buffaloes couldn’t pull the wagon over the threshold. The soldier accompanying the wagon, a brutal fellow, began beating the animals so fiercely with the blunt end of his whip handle that the superintendent indignantly took him to task, asking him: Had he no pity for the animals? »No one has pity for us humans,« he answered with an evil smile, and started in again, beating them even harder than before. …

Eventually, the animals started to pull and got over the hump, but one of them was bleeding … Sonyishka, the hide of a buffalo is renowned for being thick and tough, but it was broken. During the unloading, the animals stood there, quite still, exhausted, and the one that was bleeding stared into space with an expression on its black face and in its soft, black eyes like a tear-stained child. It was precisely the expression of a child that has been severely punished and doesn’t know why or what for, who doesn’t know how to get away from this torment and brute violence. … I stood before it, and the beast looked at me; tears were running down my face—they were his tears. No one can flinch more painfully on behalf of a beloved brother than I did in my helplessness over this mute suffering. How far away, how unattainable and lost were the free, lush green meadows of Romania! How differently the sun shone and the wind blew there, how different was the lovely song of the birds and the melodious call of the herdsman. And here—this alien, horrible city, the gloomy stall, the sickening, musty hay mixed with rotting straw, and the strange, terrible humans —the beatings, the blood running from the fresh wound. … Oh, my poor buffalo, my poor, beloved brother! We both stand here so powerless and mute, and are as one in our pain, impotence, and yearning. —

All this time the prisoners were bustling around the wagon, busily unloading the heavy sacks and dragging them into the building; but the soldier stuck both hands in his trouser pockets and strode around the courtyard, smiling and softly whistling some popular tune. And the whole glorious war passed before my eyes.